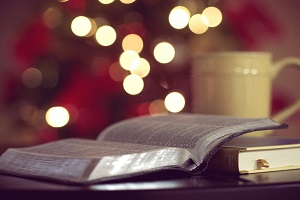 The School of the Major and Minor Prophets is reaching out to ALL the residents who live in Golden Lakes Village (GLV) in West Palm Beach, Florida.33411

In this village, there are about 5,000 Jews and about 15,000 Non- Jews. There is also a Jewish temple in (GLV). The first residents in this community were mostly Jewish. Now,  many non-Jews also reside in (GLV).

The Ruach HolySpirit has brought together brothers and sisters of faith in ( GLV). Some days we are swimming, playing scrabble, attending concerts and shows put on by the residents. We also have a prayer and Bible Study group, we encourage and pray for all the residents in (GLV). We desire to be a credible witness to all the residents.

This year as phase 1 of our outreach many of us paid $200 membership fee to join the temple. On Shabbat we attend workshops and learn the scriptures. There we honor our Father in Heaven, His precious Ruach HolySpirit and His Only Son Yeshua, who is The Lamb of Elohim, and Israel’s promised Savior and Messiah.

Our promised Messiah came to take away the consequences of Adam’s sin. Elohim told Adam he would “SURELY DIE” if he ate of the tree of knowledge of good and evil. Consequently, every one of us born on this earth since Adam and Eve, knows about death. We all now “surely die!” All living things, plants, animals and humans at some stage of life, will experience death because  Adam and Eve ate from the tree of knowledge of good and evil.  You can read about this in the Torah, in Genesis chapters 1-4.

In the temple school we read the SAME TORAH SCRIPTURES THAT ARE READ IN THE TEMPLE. During the services the Torah is read in the ORIGINAL LANGUAGE OF HEBREW,  just like Yeshua, the disciples, Moses, Elijah, and Elisha  they too ALL READ THE TORAH AND SCRIPTURES IN THE TEMPLE.

In our Temple School we allow the FULL COUNSEL of RUACH HOLYSPIRIT.  Those who wait on Ruach HolySpirit, He REVEALS to us OUR MESSIAH AND SAVIOR who is also The LAMB OF ELOHIM IN THE TORAH.

We are seeing the “signs of the times and the handwriting is on the wall.” Most of the  prophecies in the Torah and Original Testimony have already been fulfilled. Now we see the end time prophecy of Israel becoming a nation and the rebuilding of the THIRD temple.

We ALSO KNOW THE TIME OF THE anti-Messiah/Christ is NEAR…Therefore, all believers need to find a way to come together, pool our resources, store fresh foods, and prepare to help each other, survive the HARD DAYS TO COME!

FEEL FREE TO EMAIL RIVKAH (REVA)  YOUR PRAYER REQUESTS, TOO!

Children are a Blessing

“A word to the wise is sufficient!”

Parenting is a lifetime responsibility. Adonai designed the family, and just because we can reproduce, does not mean we understand the concept of family.

There are many who think having children is just for procreation and to reproduce themselves. There are others who allow society to dictate how they should raise their family and influence their lives.

Adonai said, that children are a Blessing from HIM. He never leaves us alone. We belong to Him FOREVER. In His Kingdom when we become parents, we are to be like Him.

We are blessed to have the responsibility to nurture and train up a child in the way of their Creator. We are expected to model, pray for, guard and protect their eternal spirit.

Each of us belongs to our Creator. It is He who entrusted each spirit, into each womb for a few months.  So, what happens when we come of age? What does that mean to Adonai?

It means we must as adults, make a choice. We must decide are we going to return to our Creator and Eternal Father? Will we accept Yeshua His Son and allow His Powerful Holy Spirit to guide us?

Just as our Eternal Father is to His Son, Yeshua.  So are we to be with our own children. We are to allow Ruach Holy Spirit, breath, to speak over our children, to prophesy to them, and sharpen them with the sword of the Spirit, which is the Word of truth. We need to discover His plan and purpose for them here on this earth.

Recently, my oldest Son blessed me both emotionally and physically. He said, mom, I will never be too old to call you my mom. (They will always be our children)

He told me, he values my prayers and my words from God, that is just for Him. He also confessed that even when he was not willing to listen, he remembers the words of my council.

He told me, we are like two flat tires on a car. LOL! You must know that my son can speak to me in car language because he has been doing that since birth.

He is now married and doing his thing in New York, but he still calls me his mom.  A few years ago, on Mother’s Day, he informed me, he hired an AC technician, and a unit to give me an upgrade. He wants me to “stay cool!” and “to chill!”.

My only daughter Dr. K! has been my backbone and my greatest encourager. She has also been my most generous and thoughtful child, showing kindness, to her family and friends.

I will forever give thanks and praise to Yeshua for my salvation.  I will keep praying to our Heavenly Father, for salvation and deliverance from evil for all my children and grandchildren; they are still my first ministry and my offering to HIM.

So, be encouraged!! Never allow Hasatan, the father of lies to control you or your family.  ## Shalom, peace & LOVE to all ## I’m your Jamaican Recipe prophet.

FEEL FREE TO EMAIL RIVKAH (REVA)  YOUR PRAYER REQUESTS, TOO!