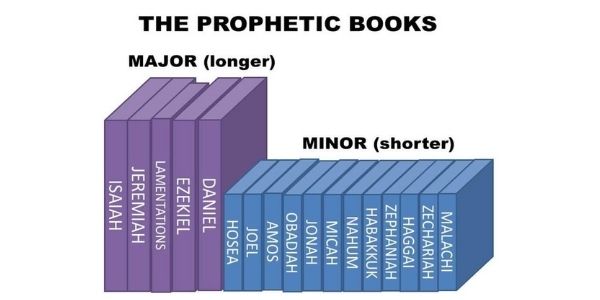 When YAHWEH YAHUSHA and Ruach Holy Spirit gives you direct instruction via a dream, a vision or a sign, NEVER TWIST OR ALTER it to fit your desire. IT can be life or death for you and ALL concerned.

I will pay CLOSE ATTENTION TO DATES, NUMBERS, SYMBOLS, DREAMS, SIGNS FROM OUR ETERNAL CREATOR.

A man of Elohim from Judah had come to Bethel. When he arrived, Jeroboam was standing at the altar to offer a sacrifice. 2 By a command of Yahweh, this man condemned the altar. “Altar, altar! This is what Yahweh says: There will be a son born in David’s family line. His name will be Josiah. Here on you Josiah will sacrifice the priests from the illegal worship sites who offer sacrifices on you. Human bones will be burned on you.”

3 That day the man of God also gave them a miraculous sign, saying, “This is the sign that Yahweh will give you: You will see the altar torn apart. The ashes on it will be poured on the ground.”

4 When King Jeroboam heard the man of Elohim condemning the altar in Bethel, he pointed to the man across the altar. “Arrest him,” he said. But the arm that he used to point to the man of God was paralyzed so that he couldn’t pull it back. 5 The altar was torn apart, and the ashes from the altar were poured on the ground. This was the miraculous sign the man of Elohim performed at Yahweh’s command.

7 The king told the man of Elohim, “Come home with me; have something to eat and drink, and I will give you a gift.”

11 An old prophet was living in Bethel. His sons told him everything the man of Elohim did in Bethel that day and the exact words he had spoken to the king. When they told their father, 12 he said to them, “Which road did he take?” (His sons had seen which road the man of Elohim from Judah had taken.) 13 The old prophet told his sons, “Saddle the donkey for me.” After they had saddled the donkey for him, he got on it.

15 “Come home with me, and eat a meal,” the old prophet replied.

18 The old prophet said, “I’m also a prophet, like you. An angel spoke the word of Yahweh to me. He said, ‘Bring him home with you so that he may have something to eat and drink.’” (But the old prophet was lying.)

19 The man of God went back with him and ate and drank in his home.
20 When they were sitting at the table, Yahweh spoke his word to the old prophet who had brought back the man of Elohim. 21 Yahwehalso called to the man of Elohim. He said, “This is what Yahweh says: You rebelled against the words from Yahweh’s mouth and didn’t obey the command that Yahweh your Elohim gave you. 22 You came back, ate, and drank at this place about which he told you, ‘Don’t eat or drink there.’ That is why your dead body will not be allowed to be placed in the tomb of your ancestors.”

23 After the old prophet had something to eat and drink, he saddled the donkey for the prophet whom he had brought back. 24 The man of Elohim left. A lion found him as he traveled on the road and killed him. His dead body was thrown on the road. The donkey and the lion were standing by the body. 25 People who passed by saw the body lying on the road and the lion standing by the body. They talked about it in the city where the old prophet was living.

26 When the old prophet who had brought the man of Elohim back from the road heard about it, he said, “It’s the man of Elohim who rebelled against the words from Yahweh’s mouth! Yahweh gave him to the lion. It tore him to pieces and killed him as the word of Yahweh had told him.”

27 Then the old prophet told his sons to saddle his donkey for him. So they did.

33 Even after this, Jeroboam didn’t change his evil ways, but he once again made some men priests for the illegal worship sites. He took all who were willing and appointed them to be priests at the worship sites.
34 Appointing illegal priests became the sin of Jeroboam’s family so that it had to be destroyed and wiped off the face of the earth.